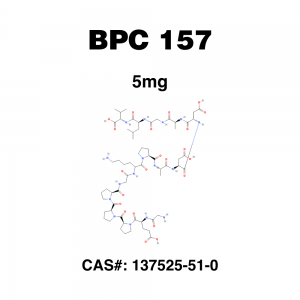 BPC 157 (Body Protection Compound-157) is a pentadecapeptide made up of 15 amino acids. The amino acids sequence in BPC 157 is similar to a portion of the human BPC amino acid sequence. Human BPC is found in the gastric juice. Experiments have shown that BPC 157 enhances the healing of wounds, including tendons wounds such as transected Achilles tendons of rats. The aim of this study was to investigate the probable mechanism that BPC 157 utilizes to accelerate the healing process in an injured tendon. The study used two group of tendon explants of which one group was cultured in a BPC 157 - containing medium while the other group was cultured in a medium lacking BPC 157.

Additionally, FITC-phalloidin staining was able to demonstrate that BPC 157 induces F-actin formation in fibroblasts. Likewise, Western blot analysis was able to detect the production and activation of paxillin and FAK proteins. The western blot analysis also showed that BPC 157 increases the extent of phosphorylation of paxillin and FAK proteins without affecting the amounts produced.

Stable gastric pentadecapeptide BPC 157 (GEPPPGKPADDAGLV, M.W. 1419) may be the new drug stable in human gastric juice, effective both in the upper and lower GI tract, and free of side effects. BPC 157, in addition to an antiulcer effect efficient in therapy of inflammatory bowel disease (IBD) (PL 14736) so far only tested in clinical phase II, has a very safe profile, and exhibited a particular wound healing effect. It also has shown to interact with the NO-saystem, providing endothelium protection and angiogenic effect, even in severely impaired conditions (i.e., it stimulated expression of early growth response 1 gene responsible for cytokine and growth factor generation and early extracellular matrix (collagen) formation (but also its repressor nerve growth factor 1- A binding protein-2)), important to counteract severe complications of advanced and poorly controlled IBD. Hopefully, the lessons from animal studies, particularly advanced intestinal anastomosis healing, reversed short bowel syndrome and fistula healing indicate BPC 157s high significance in further IBD therapy. Also, this supportive evidence (i.e., no toxic effect, limit test negative, LD1 not achieved, no side effect in trials) may counteract the problems commonly exercised in the use of peptidergic agents, particularly those used on a long-term basis.

BPC 157 has a strong anti-inflammatory activity in both acute and chronic inflammation models,it may become an important therapeutic tool for the treatment of inflammatory bowel disease.BPC 157 was shown to accelerate wound healing and to have a marked angiogenic effect.And it significantly facilitates the healing of bone fracture in rats,exhibits an osteogenic effect significantly improving the healing of segmental bone defect.BPC 157 accelerates the healing of transected rat Achilles tendon and transected rat quadriceps muscle,significantly accelerated the outgrowth of tendon explants. Cell proliferation of cultured tendon fibroblasts derived Achilles tendon was not directly affected by BPC 157 as evaluated by MTT assay.

Because BPC 157 has proven to be isolated from gastric juices, it should not be a surprise to find that various scientific studies that have been conducted on animal test subjects have been able to pinpoint several links between the peptide's presence and digestive tract functionality. Specifically, it has been determined that BPC 157 exhibits the capacity to regulate and control the manner in which the digestive tract can operate.

One of the ways that BPC 157 accomplishes this is through safeguarding the endothelium, which is the thin layer of cells that line the blood vessels' interior surface. Another way the peptide carries out regulatory function is by being a key factor in the process of angiogenesis; that is, the process in which new blood vessels are formed from pre-existing blood vessels.

This latter process is further bolstered by BPC 157's ability to form granulation tissue; this term references the new connective tissues and tiny blood vessels that develop on the surface of wound, thus making the peptide an important piece to the overall wound healing process. Further studies have also shown that the peptide's inherent functionality allows it to contain anti-inflammatory properties. Additionally, these studies have determined that BPC 157 can also help in the regulation and control of blood flow throughout an animal test subject's gastro-intestinal tract. 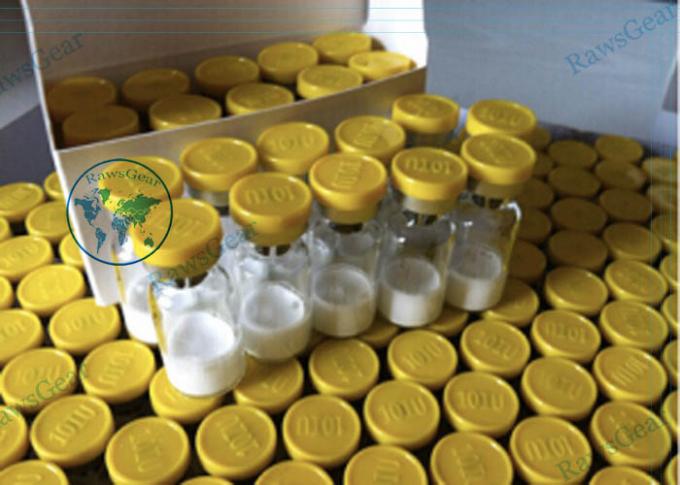 BPC 157 has a strong anti-inflammatory activity in both acute and chronic inflammation models. In fact, preliminary results in clinical trials suggest that BPC 157 may become an important therapeutic tool for the treatment of inflammatory bowel disease. BPC 157 was shown to accelerate wound healing and to have a marked angiogenic effect. In addition, it significantly facilitates the healing of bone fracture in rats. This peptide also exhibits an osteogenic effect significantly improving the healing of segmental bone defect. BPC 157 accelerates the healing of transected rat Achilles tendon and transected rat quadriceps muscle.

BPC 157 successfully heals the intestinal anastomosis, gastrocutaneous, duodenocutaneous and colocutaneous fistulas in rats, as well as interacting with the NO system. Interestingly, the fistula closure was achieved even when the BPC 157 therapy was postponed for one month. In short-bowel syndrome escalating throughout 4 weeks the constant weight gain above preoperative values started immediately with BPC 157 therapy, peroral and parenteral, and the villus height, crypt depth and muscle thickness additionally increased. Thus, BPC 157 may improve gastrointestinal tract therapy.

BPC 157 is a stable gastric pentadecapeptide recently implicated with a role in hemostasis. While NO is largely implicated in hemostatic mechanisms, in tail-amputation-models under heparin- and warfarin-administration, both the NO-synthase (NOS)-blocker, L-NAME (prothrombotic) and the NOS-substrate L-arginine (antithrombotic), were little investigated. Objective. To investigate the effect of L-NAME and L-arginine on hemostatic parameters, and to reveal the effects of BPC 157 on the L-NAME- and L-arginine-induced hemostatic actions under different pathological condition: tail amputation without or with anticoagulants, heparin or warfarin.

BPC 157 was proven to speed-heal tears in quadriceps muscles, as it also promoted faster healing of Achilles tendons, damaged muscle tissue and crushed muscle tissue. It also helped with recovery from torn muscles.

This peptide is also believed to decrease pain in damaged areas. Those who suffer from discomfort due to muscle sprains, tears and damage may benefit from treatment with this peptide, once it is approved for usage in human subjects.